“An enormous iron rod was launched into his face and through his left frontal lobe. Gage, his brain matter leaking everywhere, survived.“ 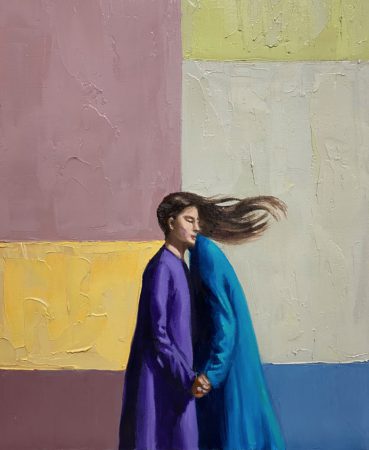 In Psychology my professor tells us about how in 1848, a railroad construction foreman named Phineas Gage was working when an explosion occurred. An enormous iron rod was launched into his face and through his left frontal lobe. Gage, his brain matter leaking everywhere, survived. One eye was permanently closed. He carried the rod around with him until he died. Or at least it’s in every picture there is of him.

I keep every prescription bottle I empty. This seems to bother people. “What are you going to do with them?” I can’t usually give them an answer. Once I turned one into an earring, wore it around for a day, before the bulkiness of it tugged too hard at my earlobe and I had to take it out.

Gage’s personality changed. He got loud and crass and mean. “He’s not the same Gage,” his friends said. “You’ll be less social when you’re on your meds,” my psychiatrist said. I try to take a picture of the Ritalin earring with flash and my face comes out looking stern and somber, a Gage-ian portrait, except both my eyes are open. I’ve never seen a railroad explosion, but one time in New York City I watched a rat graze its tail on a discarded syringe as it crossed the dirty tracks of the 96th Street Station. When I’m taking notes on Phineas Gage all that comes to mind is that quiet drag of rat muscle over metal, the way bodies bend first before breaking around sharp things.

In my head, the rat is sitting on Phineas Gage’s shoulder. It’s holding the syringe in an oily paw. It’s nodding as Gage says: Look what I can survive. See how I can carry what has changed me. 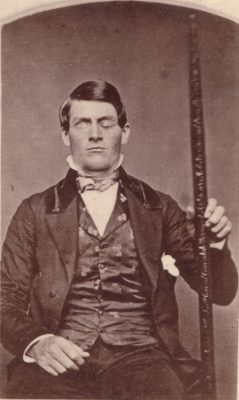 Cayenn Landau is an undergrad chipping away at a creative writing major. She can be found reading, writing, and teetering around the Bay Area on roller skates.

Artwork: Sarah Lim-Murray is a London-based artist with multidisciplinary training throughout her art career. Her current favourite medium is oil, using the classic style oil painting techniques to create contemporary pieces. You can find her and buy her work here.