“Maybe I could use this new-found selflessness to offset all the shitty things I do? Maybe even to allow myself to be more of a shitty person?” 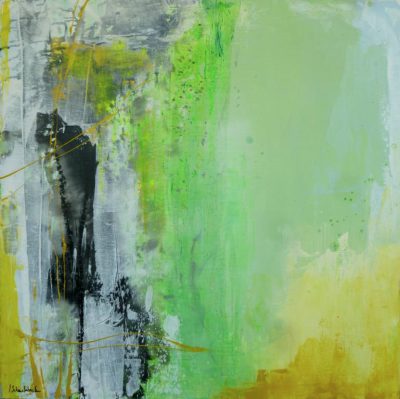 I started leaving some food out for the cat. The cat. The only cat. I think there’s only one, but it’s entirely possible that there are two that look the same. First time I really remember seeing the cat was a Saturday lunch when we were eating seabass in the garden. It’s become a routine. Every Saturday, Despina’s parents go for some fish and we eat it together in the garden around 2 or 3pm. Typically it’s sardines, with what they call ‘weeds’ and sides of Greek salad and Karpouzi. Sardines are the cheapest. They sometimes get anchovies, which are basically a fancy sardine. Best of all is sea-bass, cooked on the coal-grill by the shed.

This one day we’d just finished eating and had a plate full of fish bones, bits of skin, the odd bit of meat, and the cat meanders along the wall behind us. I was about to take the leftovers for the chickens but Despina said the chickens are fat and that I should give the fish to the cat because it looks like it’s starving. I started throwing bones in the general direction of the cat, but it just kept walking along the wall, ignoring me.

“Throw them outside” Despina said, “They don’t want cats hanging around the villa”

I threw the bones over the wall onto the vacant land next to us and stood there watching. It’s white and faded-ginger and has a dark patch around it’s nose. It looked at me while it ate.

I also saw it once when I was locking the chickens into their pen at night. It was sitting on top of one of their egg-laying-box things. It scampered the minute I saw it.

After the fish incident, I decided to leave some dry cat-food out each day, so the cat could get fat. I’ve got a little plastic dish that I leave on a stump of wood in the land next door. I can see it from the window in the living room. The first day I left it out, I saw the cat from the window. I decided to go out. I knew it wouldn’t play with me. I just wanted it to see me, to associate the food with the thing that left the food out. It scampered again.

The second day, the cat brought its kitten, a little vividly ginger thing bouncing along behind it. Seeing the kitten felt like a reward for doing a selfless act. I decided that normally the mother comes to the fields here to catch mice and takes them back for her kitten, but since she can’t take the small balls of dried cat food back in the same way that she can a captured mouse, that she brought the kitten to the food instead. I watched them eating for a while and then again I went out to try and interact with them. They disappeared into the thick reeds the minute I got within eye-shot.

The third day, I saw nothing.

The fourth day, I saw that the food tray was empty, so I refilled it. Again, I saw nothing. She’d obviously decided to come at night, when I wouldn’t be there to scare them away.

The fourth and fifth days I almost forgot to leave the food out. The thought even crossed my mind to stop leaving the food out. Ungrateful bastard. She won’t even let me see her as she eats the food. What a waste of money. What’s the point? Do I really get enough out of the thought that the cat is coming here in the night and having a meal?

If you’d have asked me when I bought the cat-food, I’d have told you I was being selfless, altruistic, giving, for a change. I’m feeding a starving cat. But I expected something back. A regular bouncing kitten. Or an excuse to tell myself I’m a nice person. Maybe I could use this new-found selflessness to offset all the shitty things I do? Maybe even to allow myself to be more of a shitty person? After all, I am spending 3 euros a month on the cheapest, biggest bag of processed-brown-fish-balls and I am spending a couple of minutes a day to leave it on the land next door for the once-starving scaredy-cat that comes to visit. This thought process made me want to stop leaving the food altogether. Maybe this would finally prove that I’m not just doing a selfless act in order to feel good about myself? This made no sense at all. Not leaving the food after setting all this up would be meaner than never having left it out in the first place. The cat now expects its brown-processed-fish-balls. If I stopped, she’d have to go back to hunting mice in the fields or whatever. Then I realised that I won’t be here forever, and that sooner or later, she’ll have to get back to catching mice, but is this a reason to stop whilst I’m here?

One night we left our trash at the front door and woke up to a pile of cat-shit on the doorstep. A real test of my resolve.

I keep leaving the food out. There’s nothing else I can do.

Eddie Revel is a pseudonymous writer. His work has appeared in The Blood Pudding and Big Whoopie Deal.

Artwork: Isabelle Schenckbecher-Quint is a French painter whose art has been featured nationally in both solo and group exhibitions. Her art imbues elemental themes such as the cycle of nature, composition, decomposition and metamorphosis. She allows the expression of her feelings and moods to dictate the colour palette and projects a pictoral writing onto canvas. You can find her and buy her work here.