“let’s say my husband, third in the lineage, leaves me for a bimbo from the studio, such a cliché, and I get drunk and high and stay drunk and high for a while after he leaves for Reno…“ 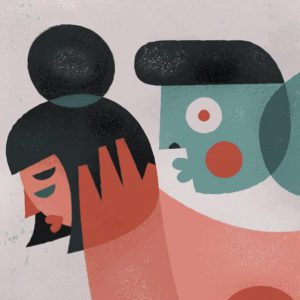 let’s say my husband, third in the lineage, leaves me for a bimbo from the studio, such a cliché, and I get drunk and high and stay drunk and high for a while after he leaves for Reno, eat all the leftover chicken and salad stuff in the fridge then get into the freezer, the upstairs freezer, jambalaya and chicken soup and Russian vodka and ice cream, and then the downstairs freezer, more ice cream, Latvian stew, potato leek soup, something with pieces of corn in it, start getting Chinese and Mexican take-out after that, and the chile verde burrito from Rosario’s reminds me of my old pal Jack Breakneck who used to take me to Rosario’s for menudo after a bender, wee hours of the morning, so I call Jack Breakneck to come over and party with me, and after a tumble or two and some reefer and J&B and the hot tub and then a couple more tumbles, we’re naked on the floor of the master bedroom and he says, you know we should make a movie, yeah, we should make a movie about your marriage to that dick, what was he? number two? three? Three, I say, exhaling reefer, numero tres, and knowing that three is a magic number, I wonder, so does this mean that I am now beyond magic or have extra magic? Or have I left the magic zone entirely? Hard to be sure, maybe as long as I never get a fourth husband I’ll be okay, perfectly do-able, but Jack Breakneck is still talking about the movie, yeah Husband Numero Tres, we can call it Scenes from a Marriage, and I assert that Bergman had already made that movie, probably the most luminous love story ever filmed, okay Jack Breakneck says, nodding, nodding, then maybe Marriage Story or The Perfect Marriage or The Marriage Business, oh! what about: Grounds for Marriage? Definitely we should make a movie, and I stop him right there, saying who you calling “we,” Kemo Sabe? you’ve got your own fucked up marriages, what are you on, four? five? Oh hell no, Jack Breakneck says, crawling sans élégance back up onto the bed, three, exactly three, like you, and Jill’s the love of my life, my soul mate, yeah, got it, I say, slapping his ass, but he gets me thinking when I go downstairs to see if the chocolate I’d hidden in the guest bathroom was still there, and there I am crawling around on the floor, flashlighting the cupboard under the sink, looking for the two pound box of dark chocolate almonds I bought the night Husband Numero Tres won his Emmy, I’m thinking, I could do that, I could make a movie, I could do at least as well as Arch Oboler or Maxwell Shane, hell that dickhead Nathan Juran got an Oscar nom for a complete piece of shit a few decades back, yeah, yeah, and I spot a roach in the soap dish—weed-type roach, not insect-type roach—and find a lighter in the vanity drawer, then grab my box of chocolates and crawl into the tub, lay there in my robe, thinking, storyboarding, in my head, opening scene, a distraught, even bedraggled but beautiful middle-aged woman, say, Gena Rowlands in that Kirk Douglas movie, god, her skin! her eyes! and a chin that could break down a door, Gena in a chaise longue by the pool, the blue water lapping, glittering, almost empty bottle of Dom on the patio next to her, she’s watching the sun come up, those eyes at half-mast, birds twittering, sky running orange and purple and a little magenta, she’s in a Chinese patterned silk robe that’s open and you can see everything, her arms lolling to the side and, what? That’s as far as I get before I hear Jack Breakneck moaning my name upstairs—Shirley Gone, Shirley Gone, where are you, I can’t find you—banging on walls and pushing open doors, and I get out of the tub and put the chocolate back under the sink, and when I get upstairs Jack Breakneck has collapsed on the kitchen floor, crying and whispering Jill, honey, my love, I say yes Jack Breakneck, darling, it’s okay, helping him into a chair, but in my mind, Gena has risen from the chaise, the sun still on the horizon, she’s found her way into the master bedroom, through the french doors, and pulls a gun from the drawer of the bedside table, the light on her face is gorgeous, yes Jack Breakneck, I say, don’t worry, Jill knows how much you love her, I find another roach on the shelf above the kitchen sink and light it and pass it to him, here honey, I say, and Jack Breakneck croaks, choking back the reefer, she’s a good woman, and I say, yes she is, Jack Breakneck, she’s a fucking peach, whaddya say we call Delmonico’s for a pizza, how ‘bout it, what kind of toppings do you like? and Gena cradles the revolver in her hands, just looking at it. 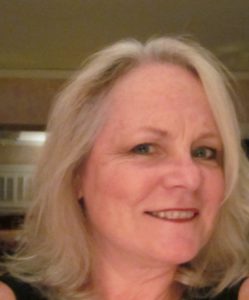 Nancy Quinn is a San Francisco-based fiction writer. Decades ago she studied writing at UC Santa Barbara with Marvin Mudrick, Raymond Carver, and John Ridland. She is currently enrolled in the MFA program at San Francisco State University and is a longtime member of the San Francisco Writers Studio Master Workshop.

Mette Ehlers is a freelance illustrator and artist. She lives and works in Nørrebro, Copenhagen, sharing a studio with 6 artists. She grew up in the 80s, in the countryside, influenced by Nintendo games, comics, an alcoholic mother and fishing.
She likes to combine mixed emotions and work with absurd themes, that are still relatable and humoristic.