“He collided with me and my already broken state. His mass breaking against my body. My hips bent in on themselves, knees ground to a fine dust so that I could not crawl. My body left sunken into an ocean the same black as the space from which I was hung.”

I.               A single 17-year-old girl is called “asking for it.” The asking price for my silver X-Terra is negotiated down by one hundred dollars for the dented bumper. My parents originally bought the car for me to make the daily 2-block drive to a part time job, not wanting me walking alone at night. They bought it, only for me to leave it unshaded in the parking lot with the sun tearing at the upholstery. I lost it to a boy in the parking lot of that part time job after he clawed my polo-shirt off. My parents thought the seat belts would keep me safe. The seat belt hung against my side still hot from the sun while that boy held me down by the back of my neck. I winced at the pain. Now the X-Terra is changing hands again. I drank with that boy once. He served me a beer poured so high so that I couldn’t raise it to my lips without spilling over. I had to lap at it like a dog and he smiled. I pried a mixed CD from the X-Terra’s grip with a flat head before the buyer came, scraping my skin on the plastic, ashamed to leave more of myself inside. My mother held me after that night. “Find a good one next time,” she said. The blood from the cut on my lip from his teeth forcing the glass to spill over. I give the buyer the keys.

II.             I hung a poster of constellations on the wall of my dorm room. It was a tacky sort of thing that was sold to girls at back-to-school stores, trying to redesign themselves. A new boy, a new friendship made over lecture notes and missed test points, told me my room was nice. He kissed me and I was convinced he would be different than the other guy. I took him to bed underneath that poster. I hung in space like a child when the bough breaks. His arms replacing the cradle that held me in safety as a baby. I was falling from such a great height. But we stayed, him orbiting me. Me orbiting a dying star. Me spinning out. The mobile of shooting stars that used to hang over my childhood bed had dead batteries now, tucked away in a box labeled breakable things. I hung in space like a child, forgetting how to sleep. He collided with me and my already broken state. His mass breaking against my body. My hips bent in on themselves, knees ground to a fine dust so that I could not crawl. My body left sunken into an ocean the same black as the space from which I was hung. I couldn’t find air anywhere, my stomach caught in my throat as the tree top rocked. I understood it was a mistake. There was nothing between us except the empty space between orbits. I asked if we could pause, stop, give me a chance to breath. Maybe just stay friends. He told me I was a manipulative whore, told me to lose his number. He called me months later, my screen flashing “unknown” even though I recognized his number. I silenced the ringer.

III.           I rub the skin off my arms with my own nails in the bathroom at work, to reveal a camouflage underneath. It was always just fairytale when I was little. The Tin Man was cursed when his limbs were cut off. Shiny muscles connect to clicking joints that contract when I pull my fingers into a fist. A butterfly lands on my arm, sucking marrow from my bones. My skin closes over the butterfly as it gets caught in the sticky mess. The Tin Man asked for a heart. I feel the butterfly flutter as I swallow pills. The sink is filled with bile and another butterfly comes to land. I cut myself on its wing trying to move it from the fluorescent bathroom. I smear the blood across my lips, rusting my jaw as I walked through the hallways. The Tin Man found his lover. She did not want him. Other offices are filled with smiling photos, a reminder of another more magical world. I can’t find myself in photos from family vacations, birthday parties, graduations. As if I had walked away when they told me to smile. Instead of photos, I had that fairytale book propped on a shelf. The Tin Man was never given a heart. My mouth creaks when I try to speak, but a hand is placed on my shoulder. Telling me, “It’s ok, be a doll and just try smiling.” 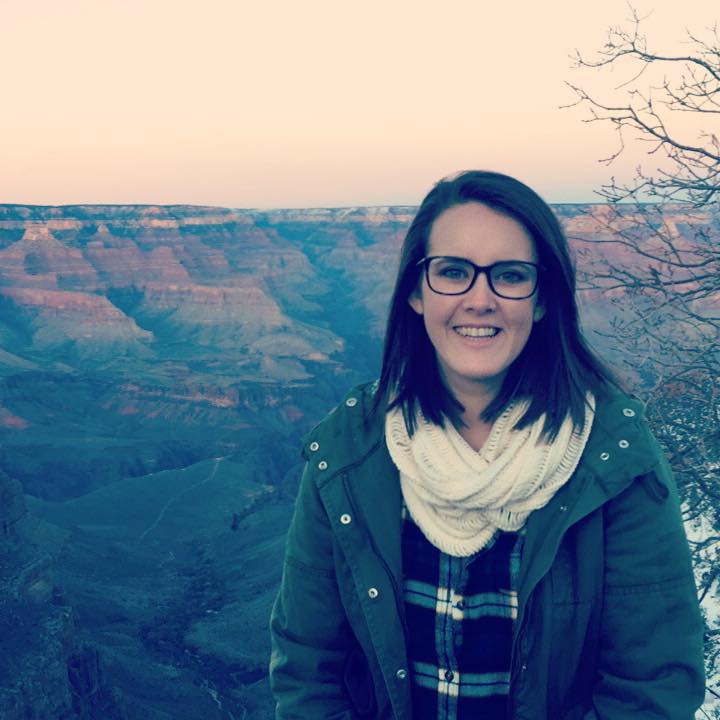 Rebecca Wood received her MFA in Fiction from the University of Alaska, Fairbanks. Her story “Ain’t No Glory for Billy” received an honorable mention in the 2021 AWP Intro Journals Project. She grew up in the Southwest and writes fiction and poetry, mostly about the desert places of her home.

Artwork: Deb Tanaka has worked as a successful graphic designer and decorative artist for thirty years. In 2002, she began the transition to the corporate world of commercial art to pursue her work as a painter and fiber artist. She maintains a part-time schedule of workshops and classes, sharing her passion for art and her love for inspiring others. You can find her work here.