“Using only a splash of the cow’s milk, grandma fed me plain water in a small bottle. Those hard times made her pretend that she was feeding me real milk.” 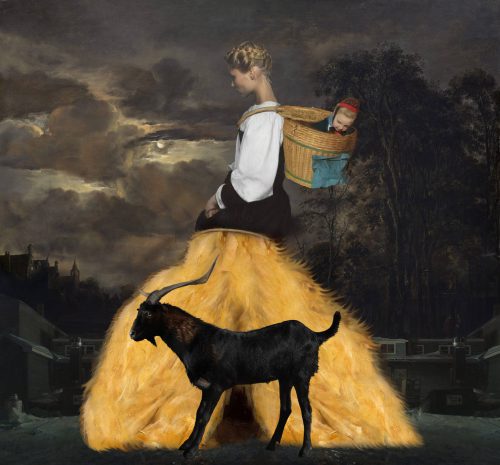 Holding a baby was not an easy deal. Mother had to use a soft grip on me so as not to break apart like a chocolate cake. It meant not only to erupt on the walls and on my mother’s dirty overall, but also on my grandma’s mind, implying that I hated the ground food she fed me. Freshly milked, the cow was fed by my grandma and was given a soft pat on the back in the name of the Holy Spirit, which used to protect me in a transparent hold while mom was harvesting. Using only a splash of the cow’s milk, grandma fed me plain water in a small bottle. Those hard times made her pretend that she was feeding me real milk.

Grandma cooked a big piece of pork meat from a fake soviet butcher in order to feed all the hard-working men that stepped on her fertile ground. Cooking with honor, she used her special spices that were portioned in little paper bags. Being used for special occasions only, they were put together and held by a jar of honey positioned in the back of her attic. The adults were smoking cigarettes and chit-chatting while mother was choking on the thick fog and the peppered meat.

A young girl with breast implants used to come to my city flat to babysit me while mom was getting down to some real work in town. She used to cook cinnamon pancakes for herself, using nothing more than oats, a banana and spice. She would not add any sugar. She would glance at me and make foam circles on the used pan. Cleaning any fruity sugary taste, she would rinse the pan and return to me. The girl would come to take me in her arms and give me a pat on my back, just like a cow that has just been milked.

But the day after I came back in the city, her breasts seemed bigger than ever and a part of her belly was hanging loose just above her belt. She might have just had a little baby while I was at my grandma’s. I gripped one of her breasts jokingly. She smiled at me and said something along the lines that she would have a softer grip on me the next time, because I seemed angry at her. I couldn’t understand why there was no milk pouring out of her after I gripped the fat tissue. I was given a bottle of milk to sip on, but I couldn’t. I played with the plastic ring from the bottle and I imagined her silicone implants dripped in milk. Maybe I missed a splash of water in my milk. I wondered how she would breastfeed her baby son or daughter with tasteless milk or whether the tissue of the breast was circled with the silicone and the milk was pushed to the side. Looking out the window, the smoke from the factory signaled another long session of mom washing the smell out of her overall when she gets home.

Coming to my senses, I woke up wearing a sheet of journal paper in my mind saying MISSED CALLS, BREAKUP. Jude was sleeping next to me and her breath reminded me of burned pork skin. I woke her up and, barely standing on her tiny feet, she went to cook her special. Using a cup of oats, cinnamon, an unripe banana and a smashed glucose tablet, she made pancakes just like she used to when I was her source of income. Despite the money, I was the actual child I thought she secretly had. Despite the money, I still went into that doctor’s office to get my own implants and, with one step ahead of me, she had a liposuction to get rid of her disease-induced fat. Jude loved her body just like pancakes.

I received a call from my mother telling me that my humble grandma had died of kidney failure. Fidgeting with my glass of milk, I started to cry. I threw the contents in the sink and Jude mumbled a blessing for my grandma. She hugged me from behind. I started to wash the dishes in order to distract myself. Two or three circles of foam. A few drops of tears and foamy water ended up on the kitchen counter. While wiping the surface, Jude went to take her pills, probably because she felt a sudden rush of fear from the outcome of my grandma’s illness. I locked my eyes on a particular place of the kitchen counter where Jude kept her spice paper bags. I looked at them as if they were full of sugar. The small paper bags were held together by a jar where Jude kept her glucose, reminding me that a long time ago she and my grandma had an exact same jar where they both kept honey. Even with her stomach filled with pills, Jude came back, feeling one step closer to dying. We gazed out the window, watching the former factory workers building a lingerie shop. 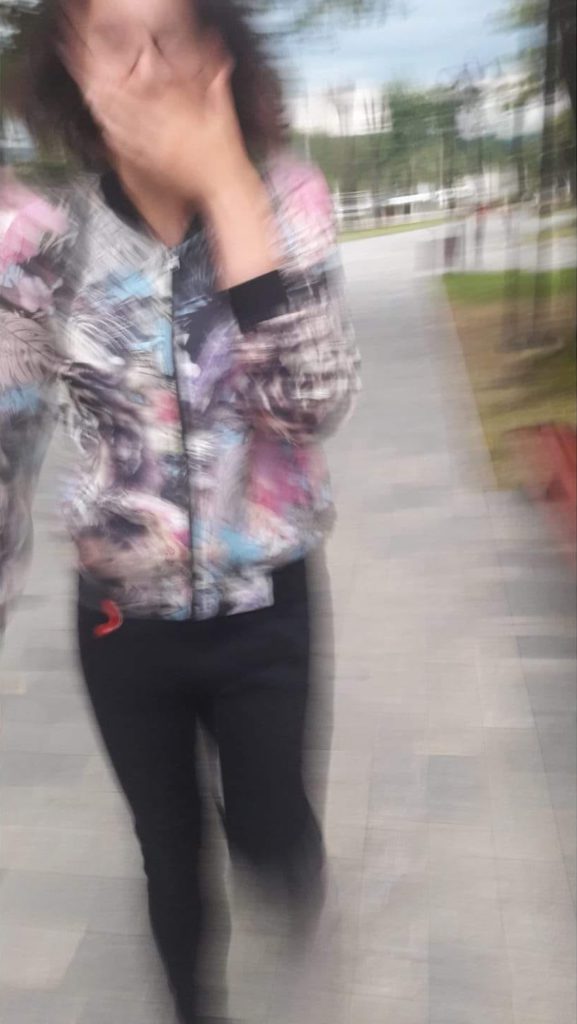 Iuliana Ursachi is a 19-year-old student of Romanian and English literature at Alexandru Ioan Cuza University of Iasi. This is her first English publication, having previously published poetry in Romanian.

Artwork: Igor Skaletsky was born in 1978 in Moscow and later immigrated to Israel. He studied painting at the Surikov Art Institute in Moscow. In his works Igor freely manipulates the recognizable images of art history and high culture, and ironically unites them. His collages send us back to patterns of our perception and at the same time destroys them. You can find his work here.